On What Grounds Can A Will Be Contested 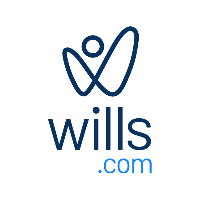 Apr. 2022 | 4 min. read |
A last will and testament can help a person legally declare wishes for their estate or assign beneficiaries to their assets. For young children, a will can help protect them and provide direction on guardianship. At times, however, a will can cause internal issues between family members. Learn on what ground can will be contested and what you should know about challenging an existing will.

Each state has different laws concerning probate and last will and testaments. The law allows anyone who has a claim against someone else to challenge an existing will. This means that they can ask a court to decide whether the person died intestate (without leaving a valid will). If you have been left out of a family member's will, then you can contest the will. In this article, we will go into further detail on what grounds can a will be contested.

To create a will online, use a convenient service like wills.com. Get started with creating a legal document today.

What Makes A Will Void?

Contesting a will is a complex legal matter that requires careful consideration. There are several ways in which a will can be challenged. For example, a beneficiary may argue that the testator was undue to influence at the time of signing the will. Alternatively, an executor could argue that the deceased did not have the mental capacity when he/she signed the will. In addition, a third party could argue that the will should be set aside because it was fraudulently made.

In order for a will to be contested, there must be some reason for doing so. The most common grounds on which people contest wills are:

You need to show that the will was unfair or unjust. The courts will look at all the circumstances surrounding the making of the will. They will consider how much control the testator had over his affairs, whether he was suffering from illness or stress, and whether he was pressured into making the will. Also, they will make sure that the will was created and signed following the appropriate state laws.

Who Can Challenge A Will?

Can A Next Of Kin Contest A Will If They Are Excluded?

If you are excluded from the will, you can still contest it. Your right to contest the will does not depend upon being named in the will. You need to have evidence that the person who made the will meant to include you or their will is invalid.

If you had a conversation with the testator/deceased about any inheritance before they died, then you should write down as much as you can. You could then use that as evidence. However, if you don't have any other proof, then you don't have much standing to contest the will.

If family members contest a will, then this can cause friction among the family. As a result, you need to make sure that you are certain that the will is invalid before you start disputing it and going through the courts. As this is also a very expensive and time-consuming process as well.

On What Grounds Can A Will Be Contested?

Once the court knows whether the person had a will, they will send you a letter telling you what steps you need to take next.

What Happens If My Will Is Challenged?

How Long Does It Take To Prove That A Person Died Intestate?

It depends on where you live. Some states require proof within six months of the person's death; others may allow you two years.

In some states, there are strict rules about when you must file documents in order to prove that a person died intestate (without a will). In these states, you usually have to file the papers within three months after the person's death.

You also need to make sure that you follow the correct procedures. For example, in California, you must notify the executor of the estate within 10 days of filing the petition.

Creating An Online Will

Use Wills.com To Create Your Legal Will

A will is an important document that allows you to leave your assets to the right people. However, after your death, anyone is able to contest the will if they believe that the will is invalid and wasn't created in the right and legal ways. For someone to contest a will they need to prove that the deceased wasn't of sound mind or the will was made in a fraudulent way.

We hope this article has given you an insight in what grounds you can contest a will if you believe it to be invalid.